The phrase ‘Go big or go home’ has often been used to inspire people to break barriers especially when it comes to exercises. In the case of track, only the ones with sedentary lifestyles would choose to ‘Go home.’ Consistency, on the other hand, is often rewarding and the benefits that accrue from it start to show almost simultaneously!

So what if you’re new to the sport? Technically, everyone with a working set of legs has run at one point or twenty in time. It doesn’t matter if you’ve just started or you’re the athletic type. The results are arguably the same. However, if you’re just starting, don’t expect to break certain records any time soon. That said, here are some of the benefits of consistency in running 5K 3 Times a week.

Disclaimer; this is not a laid out scheme to get you to exercise more. It has been tested and proven. If you’re a junkie and are looking to quit, then running is the next best alternative.

According to reports based on a scientific study, running and other vigorous exercises compels the brain to pump out two feel-good chemicals. These are endorphins and endocannabinoids. 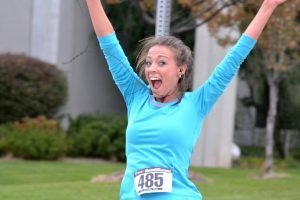 The latter is not so different from the THC found in pot that’s responsible for altering one’s mood. Most marathon runners have often experienced a burst of happiness and relaxation after running a 5k marathon.

If that’s just from running once, the possibility of doing it three times a week is limitless. It is highly likely that your mood and perception of life and everything, in general, will shift towards the positive.

By now, you must have heard how daily exercise improves health and lifestyle. Running in itself is a dose for longevity and other health benefits.

For instance, some researchers from Holland discovered that running reduces the risk of coronary heart disease and the silent ischemia.They also found out, that continuous running also reduces the chances of individuals dying from a stroke.

Running 5K 3 times a week also reduces the chances of developing cancer and other neurological diseases such as Alzheimer’s and Parkinson’s diseases.

If you’re one of those people who have to endure insomnia, studies have shown that running helps to improve sleep. In others, consistency has paid off in increased concentration during the day as well as an overall improved mood. 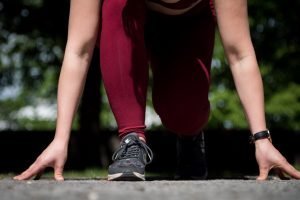 Cardio is one of the fastest ways to burn calories – Just ask your gymnast! Before you ask, yes running 5K three times a week could help you lose a few extra pounds.

However, the trick is to do it smartly. For novices, a low-intensity run is proven to burn more fat and calories than a vigorous exercise. In doing so, you will be torching tons of calories as well.

Nonetheless, most runners don’t realize that hunger is a post-running after effect. As a result, their recovery food is mostly geared towards junk food.

Some sources even suggest that even with a healthy meal after running, some people often experience weight gain instead of a loss. This is either caused by an imbalance between the calories burnt and calorie intake.

In such cases, it is highly recommended to upscale your running with less flat terrain and hillier tracks. This way, you are likely to improve your weight loss journey. 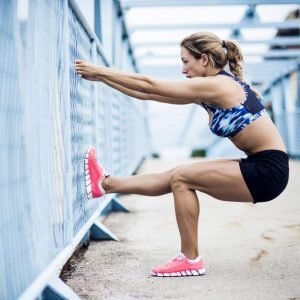 Like all exercises, running also helps in building muscles. It’s a proven leg workout that works on your inner and outer thighs down to your calves.

The advantage of running over a regular gym workout is the evenness of muscle development.

As logic dictates, you require both feet to run and thereby subject them to the same intensity. All your leg muscles; including your gluteus maximus, quads and hamstrings will all receive the same exercise.

On the same note, your leg muscles aren’t the only part of your body that receives a workout. Deep muscles in your abdomen and core are also stimulated at the same time.

Forget about Naruto running, normal running invokes power in your core that transfers it to a rhythmic swinging of your arms. In no time, you should experience a leaner and more toned body.

Tired of paying for Yoga classes? Why not put on your running sneakers and take a break from all life’s stresses by going on a jog? Forget about your costly therapist or personal trainer; running is free!

It lets you get in your own thoughts, fight depression and even anxiety.
Moreover, studies have shown that running jostles up the mind to bring out some very creative ideas as well as solutions to problems.

Others also find music very calming and therapeutic. Current technology comes bundled with smartwatches, fitness trackers and wireless earphones that could set you up in your world of thought. 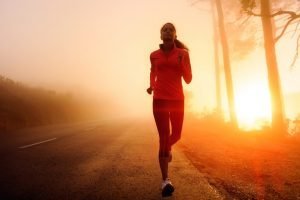 Supplies heaped with comfort are key here as the journey ahead is often treacherous with the risk of injury. You’ll need at least more than one pair of running shoes – preferably sneakers and socks.

Also, try doing it with light, sweat-resistant clothes like T-shirts or vests. You can check out some benefits from compression clothing here.

When should I start?

You can do it right now if you want to reap all the said benefits. However, experts recommend that the right time to do it early in the morning or late in the evening when the sun’s not too hot.

Also, a proper work-out diet plan is essential before embarking on track. Here is a list of our top picks on what you should eat before a run.

You do not want to pass out during your first run. Should you also experience some discomfort such as back pain, here are some known reasons and remedies. Remember, consistency is key for the best results.